2012: The Chinese Year of the Dragon to Mayan Doomsday prophesies – this year certainly proves to be interesting (note: I myself do not hold to these views; feel free if it interests you to ask me my view on providence and the end of the world).

One thing is for sure: it is the year of GRC.  I have never personally been involved in so many GRC strategic plans, training, and RFPs.  There certainly is more activity in the GRC market right now than at any other point in its ten year history.

Which brings us to an important point – HAPPY 10TH BIRTHDAY GRC!

Yes, the GRC market is now ten years old.  It was back in 2002 as an analyst at GiGa Information Group (soon to be acquired at the time by Forrester Research, Inc.) that I was the first to model a market for professional services, software, and content and label it GRC (Governance, Risk Management, and Compliance).  This was right before Sarbanes Oxley (SOX) became law.  That was providence:  all that hard work in defining and scoping a market which may have fizzled and dwindled if it was not for a major law from the U.S. Congress.  While my original vision of the GRC market was well beyond what was defined with SOX it is fair to say that SOX established and advanced the GRC market for several years, and continues to do so today.  Today GRC strategies and spending encompasses the breadth of enterprise and operational risk management, corporate compliance, audit, IT security, financial controls, corporate social responsibility, legal and other areas across the business.

There are over 400 vendors that I categorize into the GRC market.  The market has evolved to embrace many niches.  The analyst firms today do a disservice to the GRC market with a report that plots a handful of vendors against each other.  The GRC market today is more akin to the breadth of the IT security market.  Within the IT security market you have sub-markets for anti-virus, perimeter security, vulnerability scanners, intrusion detection/preventions systems . . . and more.  The GRC market is at the point it cannot fit into one graphic to plot vendors against each other.  It is a whole market with several sub-markets – while some vendors offer solutions that embrace many components of it there is no vendor that covers all of the GRC market.

The needs of the GRC market are varied by industry, role, as well as size of the organization.  Some are looking for solutions strong in elements of compliance while others in risk or audit.  Many GRC strategies start in what is referred to as IT GRC (I prefer IT Risk and Compliance) and expand to other areas. There are many perspectives and starting points.

The market has matured to the point that industry heavyweights such as IBM, Oracle, SAP, and SAS providing stability, solutions, and thought leadership. This is supported by a legion of small to mid-sized vendors solving GRC problems from the narrow and focused to the enterprise GRC strategy.  In the first month of 2012 we have already seen the beginning of what will be several merger & acquisitions in the GRC market – the acquisition of Compliance 360 by SAI Global.  This acquisition provides one of the most complete GRC offerings targeted at corporate compliance and ethics professionals.

GRC technology itself is evolving and changing.  After going through dozens of nominations I have now selected 10 vendors to receive Corporate Integrity’s 2012 GRC Technology Innovation Awards.  These will be announced next week.

Tied to the GRC Capability Model is the release of the OCEG GRC Technology Solutions Guide 2.1.  As the chair of the OCEG Technology Council it is rewarding to see this work moved forward as a framework to define and model GRC technology areas. It incorporates my thoughts with those of several other GRC pundits and thought leaders on the Technology Council.  The OCEG GRC Technology Solution categories, listed below, are how I define, frame, model, and size the market (note: the only change I would make is the addition of a 29th category for identity and access management).  The categories of the OCEG Guide and the framework are:

OCEG will be rolling out the GRC Directory in a few months to index GRC solutions around this model for those looking for solutions.

A few further items of note:

I would love to hear your thoughts, interpretations, and experiences with the GRC software market.  Please comment below! 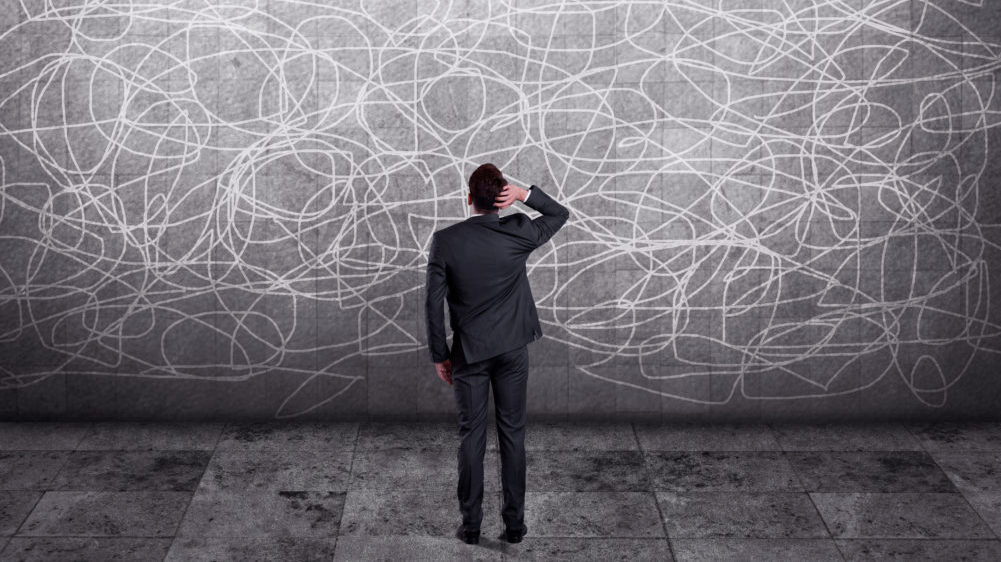 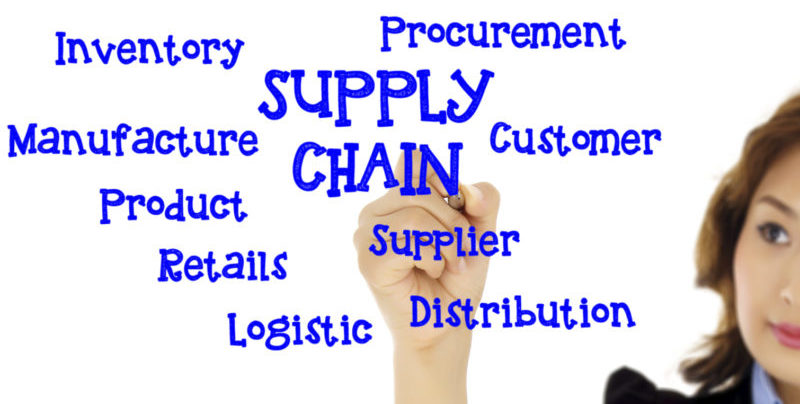 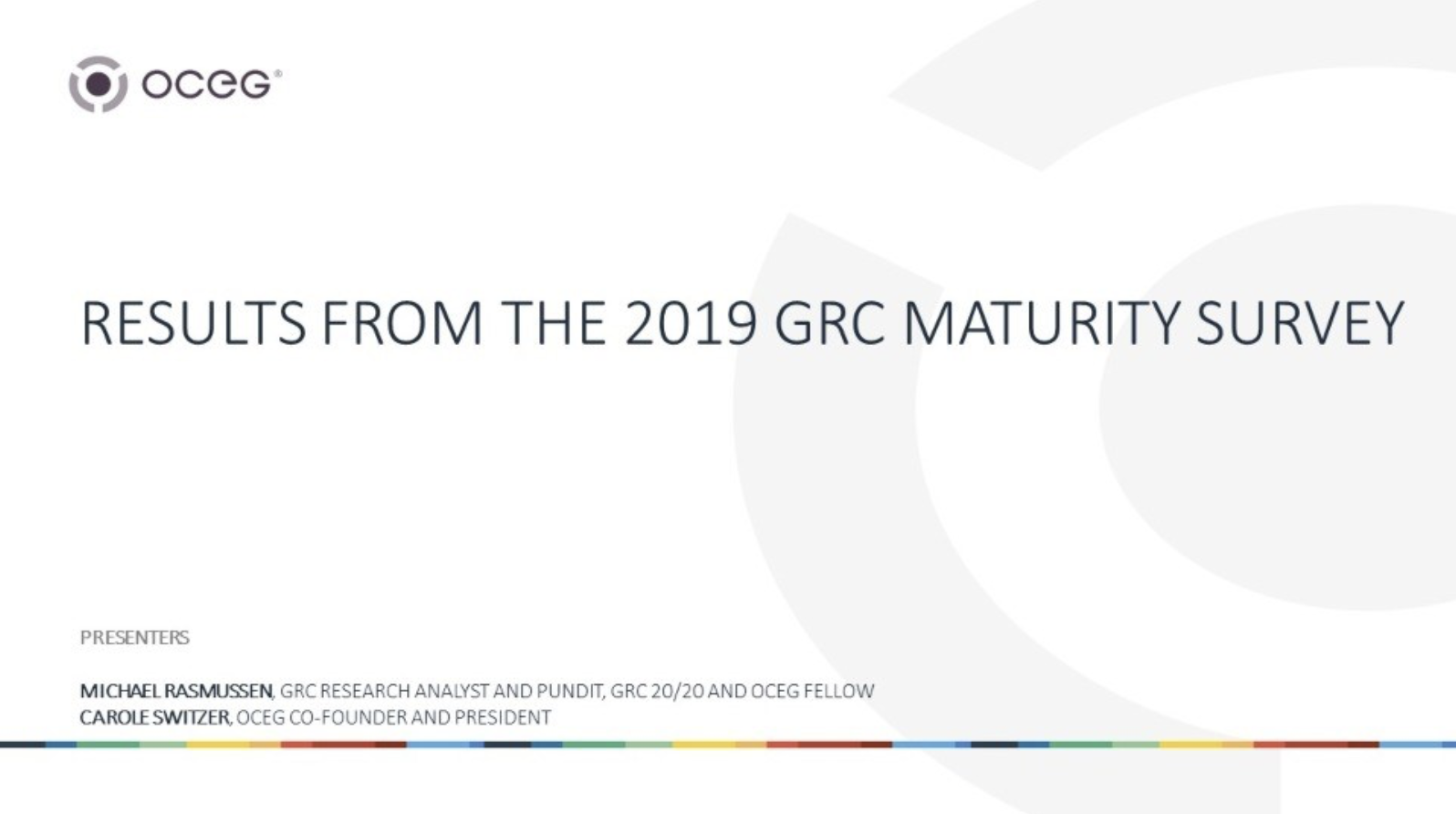 How Mature is Governance, Risk Management & Compliance (GRC) in Your Organization?