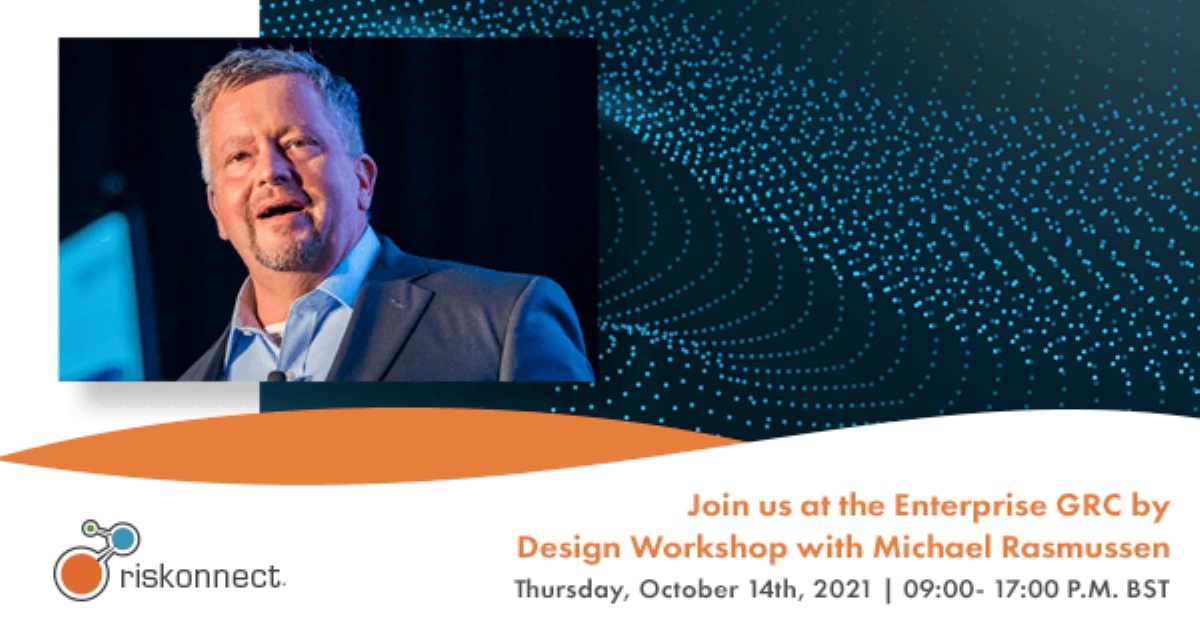 Governance, risk management & compliance (GRC) is something an organization does and not something an organization buys. GRC, done properly, is what is achieved throughout the business and its operations. By definition, GRC is “a capability to reliably achieve objectives [governance] while addressing uncertainty [risk management] and acting with integrity [compliance].” This requires that GRC needs to be understood in the context of enterprise strategy, objectives, architecture, and processes.

GRC 20/20 ResearchMichael Rasmussen – The GRC Pundit @ GRC 20/20 Research, Michael Rasmussen is an internationally recognized pundit on governance, risk management, and compliance (GRC) – with specific expertise on the topics of GRC strategy, process, information, and technology architectures and solutions. With 28+ years of experience, Michael helps organizations improve GRC processes, design and implement GRC architectures and select solutions that are effective, efficient, and agile. He is a sought-after keynote speaker, author, and advisor and is noted as the “Father of GRC” – being the first to define and model the GRC market in February 2002 while at Forrester Research, Inc.

Riskonnect is a global integrated risk management solution provider that enables organizations to anticipate and manage strategic and operational risks across the extended enterprise. Their approach to integrated risk serves more than 900 companies across 6 continents. Riskonnect has operations in the Americas, Europe and Asia, employing more than 500 risk management experts.